Members of the successful Citation Jet series, following the CJ1 and CJ1+ models, the CJ2 and CJ2+ appeared in 2000 and 2006 respectively showing upgraded avionics, higher standards of performance, and a larger cabin than their predecessors.

Compared to the CJ1, the CJ2+ has a greater payload capacity, with increased take-off and maximum fuel weights, leading to a longer range. Despite being heavier, the CJ2+ is faster and travels further than the CJ1: with four passengers, it can reach a range of 2,741 kilometres, while flying at a cruise speed that is over 55 kilometres per hour faster than the CJ1. With maximum payload, it can travel 1,843 kilometres non-stop. It holds a high-speed cruise of 765 kilometres per hour, however, aircraft configuration, winds and other factors can alter both range and speed capabilities.

With an almost identical cabin, the CJ2 and CJ2+ both feature comfortable seats for six passengers usually in a club arrangement with folding side tables and power outlets. The CJ2+’s soundproofing was improved and therefore offers a quieter environment. Thanks to its simple operation requirements it can be flown by a single pilot, facilitating flight coordination.

This Light Jet is often hired to connect major European cities such as London and Rome. 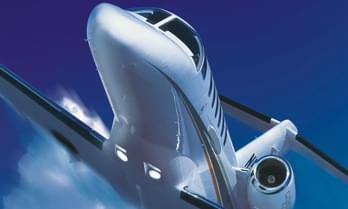