Hire a Beechjet 400A Light Jet

The Beechjet 400A boasts various design upgrades compared to its predecessor, the original 400, and represents a more efficient aircraft. The improvements include a greater maximum landing weight, more fuel storage, increased payload and flight ceiling and an expanded cabin area as the new fuel tank is located under the floor. Thanks to the addition of sound-dampening materials, the cabin offers a quieter environment. It is considered a more comfortable Light Business Jet than the previous model, with a spacious interior: 4.75 metres long, 1.46 meters high and 1.49 metres wide. It welcomes a crew of two, and seven or eight passengers able to enjoy swivel seats that can be converted to beds, for optimal sleep. The cabin counts a rear lavatory, storage space for baggage granting passengers in-flight access and a refreshment cabinet. In addition to these design refinements, this jet also holds more powerful engines, covering a range of 2,778 kilometres with a maximum cruise speed of 826 kilometres per hour. Even though range and speed vary according to factors such as the number of passengers and the aircraft’s configuration.

It first flew in 1989 and was manufactured until the introduction of its successors, the Hawker 400 and 400XP. However, the Beechjet 400A remains a great choice among its category for corporate and leisure travel. 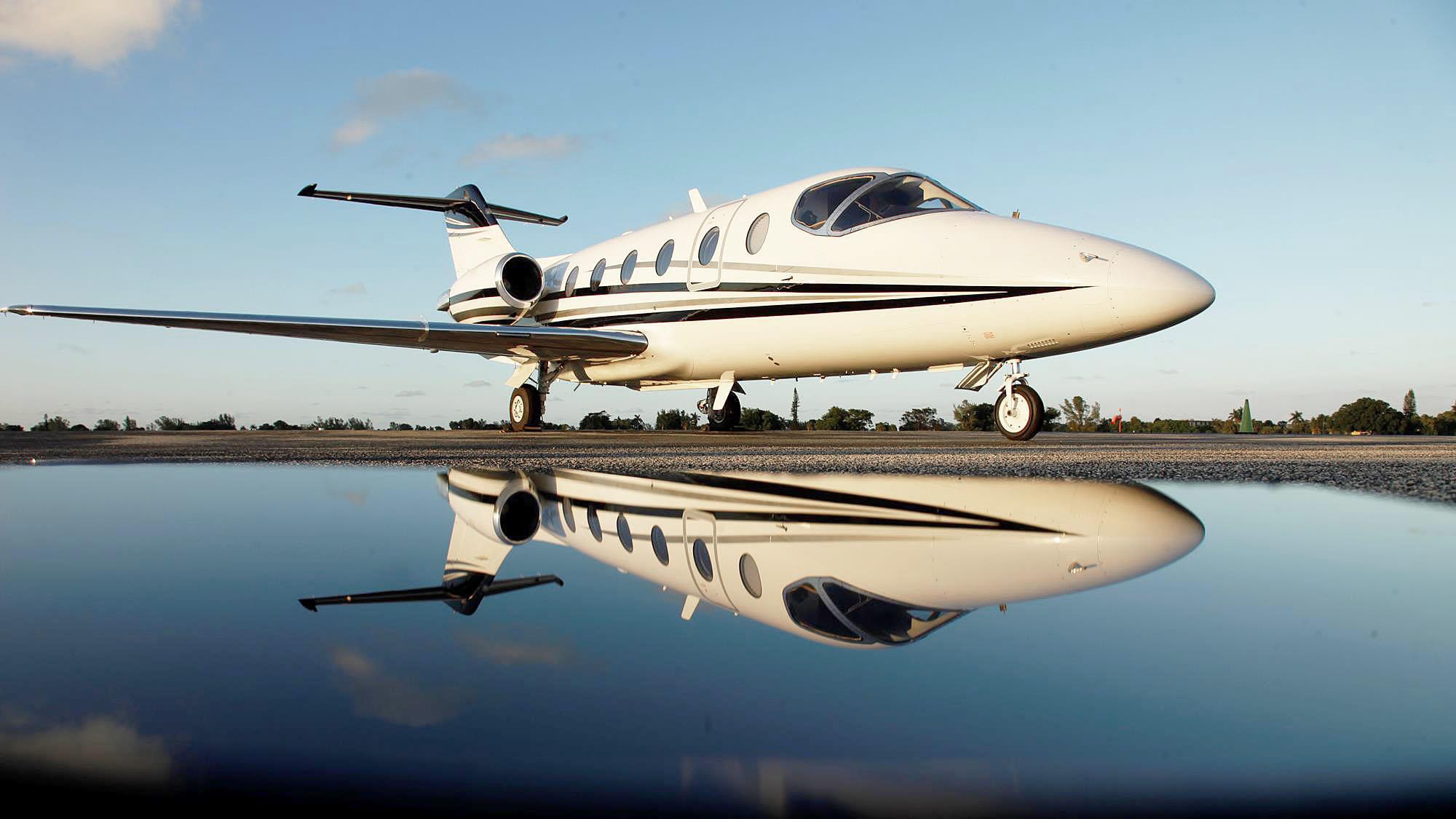