The Gulfstream GIV-SP, standing for ‘special performance’, is an upgraded version of the GIV that replaced its successful predecessor from 1992 onwards. The aircraft features the same engines as the GIV, a vast improvement on those of the GIII, as they are not only more powerful but also quieter, providing a considerably more comfortable journey. The GIV-SP boasts a higher maximum cruise speed than the GIV, which greatly reduces journey time, especially when combined with its increased high-altitude performance, enabling it to more easily avoid commercial air traffic. The GIV-SP also has greater take-off and landing weight limits than its predecessor and an upgraded avionics system. It features the same spacious stand-up cabin as the GIV, comfortably seating 14 passengers in its typical executive configuration but with the capacity for up to 19 in certain variants. 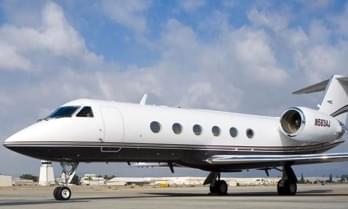