Ongoing strike in France: Contact us 24/7 to find a solution to reach your destination.

Founded in 1939, Pilatus Aircraft is a Swiss aircraft manufacturer headquartered in Stans, Switzerland. Having mostly manufactured airplanes for niche markets and military training, Pilatus Aircraft started in 1987 the development of a single-engine turboprop airplane, the Pilatus PC-12. Since it was introduced in 1994, the Pilatus PC-12 became the best-selling pressurized, single-engine, turbine-powered aircraft in the world. In production since 2008, the PC-12NG (Next Generation) is the newest version of the Pilatus PC-12.

Pilatus’ latest model and first ever business jet, the Pilatus PC-24 took its maiden flight on May 11th, 2015 and received EASA and FAA type certification on December 7th, 2017. The PC-24 is referred to as being a Super Versatile Jet because of its large cabin size comparable to a Medium-Light Jet and its Light Jet performance. 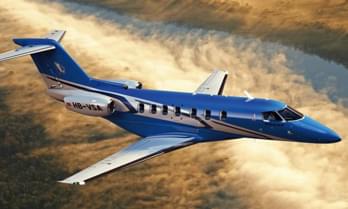 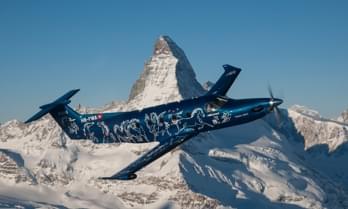 Pilatus PC-12
View all Aircraft
Subscribe to our Newsletter
We Promise We Won’t Spam You!